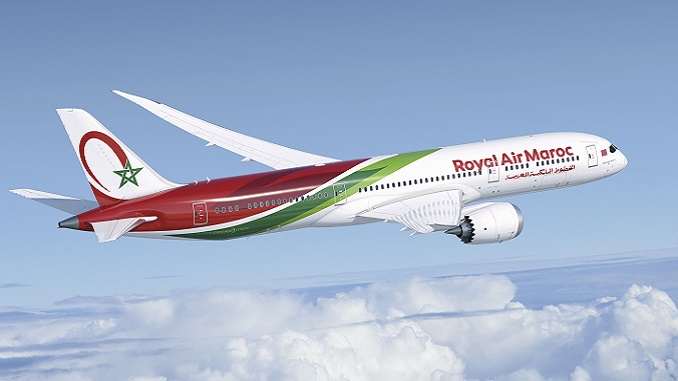 In 2015, the airline was the first in the Mediterranean to fly the 787-8, the initial Dreamliner. That aircraft meant that Royal Air Maroc could operate new, non-stop routes such as Casablanca to Washington, D.C and to Miami.

With the larger, longer-range 787-9, Royal Air Maroc will be able to accommodate about 30 additional passengers (for a total of 302) and fly several hundred miles farther (up to 7,635 nautical miles or 14,140 km). The airline plans to deploy the 787-9 on routes such as Casablanca to Paris (Orly), to New York and to Sao Paulo.

To celebrate its inaugural 787-9, Royal Air Maroc debuted a new interior to enhance the flying experience. Passengers in business class will have three seat options, including ‘full flat’ and ‘full privacy’. All passengers will enjoy the Dreamliner’s larger windows, lower cabin altitude, smooth-ride technology, and other amenities.

Royal Air Maroc has a long history with Boeing and has been using their aircraft for almost fifty years.

Later this month, Royal Air Maroc will begin modernizing its single-aisle fleet when it takes delivery of its first 737 MAX, the latest and more efficient version of the 737 airplane. The jet will join a fleet of more than 60 Boeing airplanes.

Royal Air Maroc also recently announced that it is joining the Oneworld Alliance.