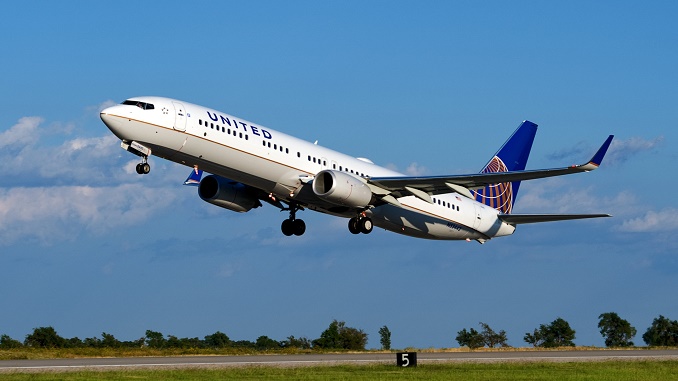 United Airlines and United Express operate about 4,900 flights a day

United Airlines is introducing technology to improve the experience for passengers connecting between United flights.

The ConnectionSaver tool automatically identifies departing flights that can be held for connecting passengers , while ensuring those who have already boarded the aircraft arrive at their destination on time.

The system automatically scans flights for passengers who are making tight connections to determine if the connecting flight can be held without inconveniencing other passengers. The tool takes into account factors such as the time it will take for late connecting passengers to travel gate-to-gate as well as the impact the hold may have on other flights and passengers.

The ConnectionSaver tool also sends personalised text messages to all connecting passengers (who have opted in to receive notifications) with directions to gates for connecting flights and information about how long the walk will take.

United launched the tool on all flights at Denver International Airport in February, and then expanded it to Chicago O’Hare International Airport. During the past four months, more than 14,400 passengers , who would have otherwise missed their connections, were able to make their flights thanks to ConnectionSaver. Flights that were held for connecting customers were delayed an average of six minutes.

ConnectionSaver will be used at the airline’s hubs by this fall and all other airports that United operates at in the future.

“ConnectionSaver only works if it allows us to care for as many passengers as possible – without inconveniencing others – and that’s exactly what this technology has shown it can do. We’re determined to capitalize on as many opportunities as possible to better serve and care for our customers and that’s part of what sets United apart from our competitors.”

Earlier this year United added more detailed and helpful connection information to its mobile app. Passengers using the latest version of the app will be prompted with information about their arrival and departing gates and a map of the airport once they land.