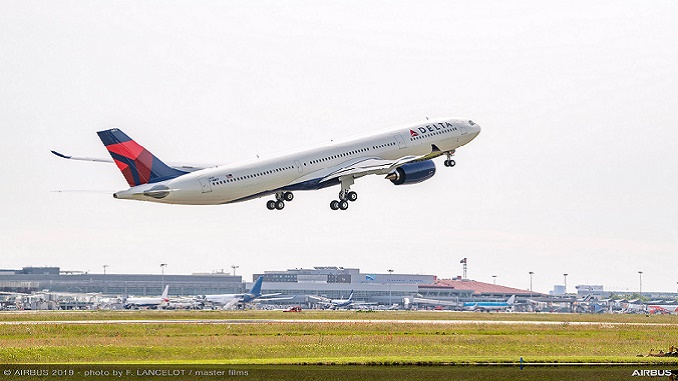 Delta has taken delivery of its first of 35 Airbus A330neo aircraft.

The Atlanta based airline received an Airbus A330-900 with new fuel-efficient engines, aerodynamic improvements and the advanced Airspace by Airbus cabin.

Delta will configure its A330-900s for 281 passengers, including 29 in business-class suites, 28 in premium economy, 56 in extra-legroom economy seats, and 168 in standard economy.

The initial base for its A330-900s is Seattle-Tacoma International Airport, where it will operate the aircraft on flights to Shanghai, Seoul and Tokyo Narita.

Delta operates more than 265 Airbus aircraft, including Airbus A321s and A220s, and the airline’s order backlog with Airbus exceeds 270, including 100 A321neos.

Powered by the latest Rolls-Royce Trent 7000 engines, and featuring a new wing with increased span and A350 XWB-inspired Sharklets, the A330neo provides an unprecedented level of efficiency – with 25% lower fuel burn per seat than previous generation competitors.