Qatar Airways will become the first airline in the Middle East to launch high-speed broadband on flights starting this summer.

The new high-speed broadband will be launched in partnership with Inmarsat (GX Aviation).

Both premium and economy passengers will have the ability to stream content and browse the internet with the same speed and efficiency as if they were on the ground.

The service will be available to passengers onboard more than 130 Qatar Airways aircraft.

The airline will also relaunch its entertainment system with a new user interface (GUI) for improved usability and a complimentary new entertainment application for early access to thousands of entertainment options.

The airline’s relaunched entertainment system, Oryx One, offers a next-generation user interface that has been redesigned to make it easier to surf content and choose from up to 3,000 entertainment options. On the ground, the ‘Oryx One’ mobile app showcases the best of Qatar Airways’ entertainment, allowing passengers to browse the vast entertainment content library on their own device, in their own time.

Passengers can view trailers of the latest Hollywood blockbuster releases and plan their on-board viewing before leaving the ground and read a selection of magazines and newspapers whilst waiting to board.

Qatar Airways also announced the launch of its redesigned website, set to go live in early May. The new website will showcase the airline’s destinations and service, and features more than 2000 new destination and fleet images, and over 400 videos, including 360 degree videos and panoramic images.

Qatar Airways is the state-owned flag carrier of Qatar. It’s base is Hamad International Airport (DOH) in Doha.

The airline operates one of the youngest fleets in the world, with 200 aircraft flying to more than 150 key business and leisure destinations across six continents.

(Details from qatarairways.com on 27 October 2017) 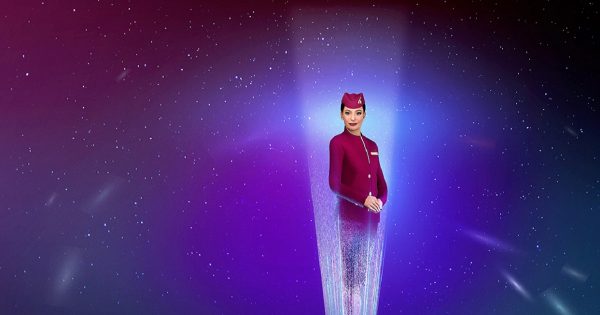