The aircraft is the first of three leased by JetSMART from Aviation Capítal Group.

The A321neo can seat up to 244 in a single class high density layout. That’s 54 more seats than JetSMART’s current largest aircraft.

The JetSMART A321neo features the latest Airbus Airspace cabin, which improves the passenger experience with:

The JetSMART A321neo has new generation Pratt & Whitney GTF™ engines and Sharklets, which together deliver more than 20 percent fuel and CO2 savings, as well as a 50 percent noise reduction.

JetSMART is an all A320 family airline already flying A320-200s and A320neos – just under 20 in total. It has about 100 orders for A320 family aircraft, most direct from Airbus as part of a huge order by its owners, Indigo. It also has a small number coming from several leasing companies.

Last week JetSMART announced a lease of six new Airbus A320 neo from Singapore-based BOC Aviation. The airline expects to receive all six aircraft in 2024.

“The delivery of our first A321neo marks the beginning of a new era for JetSMART, supporting our vision to serve 100 million passengers by 2028. It is also and it is an important step in becoming the leading ULCC in South America. We worked with Airbus to configure our A321neo as the most competitive aircraft in the market, while maintaining  our focus on sustainability and ultra low fares.”

Based at Santiago in Chile, JetSMART flies to several South American countries.

JetSMART is owned by US private equity firm Indigo Partners, which also majority owns Frontier Airlines in the USA, Wizz Air in Europe, Volaris in Mexico, Lynx Air in Canada and Cebu Pacific in Asia.

Routes: Based primarily in Santiago, JetSMART offers services throughout Chile, Argentina and Peru as well as routes to Brazil, Colombia and Uruguay.

Fleet: JetSMART is an all A320 family operator with 19 aircraft in operation:

Alliance: None (in July 2021 American Airlines announced it was buying a minority stake in JetSMART) 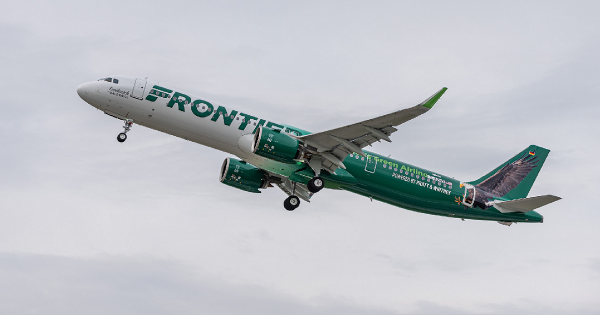