Spencer is life-sized and can do more than just walk from A to B.

Part of the trial was to see if Spencer could to scan a passenger’s boarding pass and take them to their gate.

The passenger scans their boarding pass in a scanner in Spencer’s ‘stomach’.

Spencer takes that information and uses its ‘knowledge’ to guide the passenger around the airport to their gate, adjusting its speed to that of the passenger, avoiding obstacles and letting them know how long it is until they reach the gate.

The trial was to take transfer passengers from B28 to C36 at Schiphol. 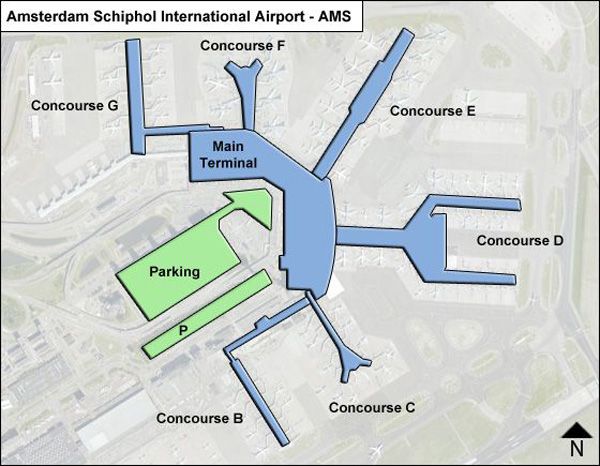 It doesn’t speak, but shows the information on a screen in its ‘stomach’. 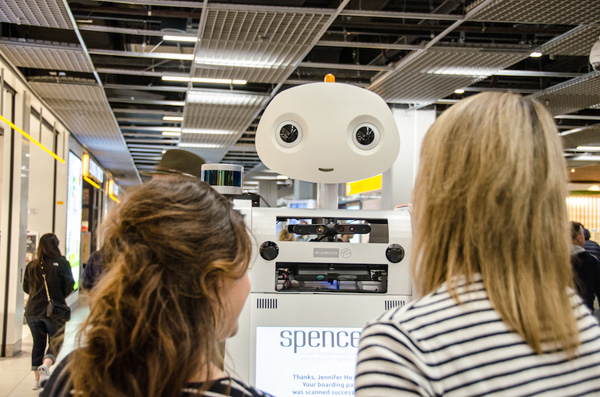 It can also show a group of passengers to their gate.

Just like with a single passenger, it knows which departure gate the group must be accompanied to.

Of course, Spencer lets the passengers know when they are at the correct gate.

The initiative for the project came from KLM as it (and other airlines) loses a significant amount of money from passengers missing connections because they get lost in the airport or are confused by language problems. Or increasingly are distracted by facilities at the airport.

The project is co-funded by the European Commission. Quite why the EC is funding research into robots that can replace humans is a matter for debate.

KLM is working with  SME Bluebotics, Schiphol Airport and several scientific institutions – such as the Universities of Freiburg, Munich, Twente and Orebo, the University of Aachen, the Centre National de la Recherche Scientique (CNRS).

Other robot trials at airports

Nao, from Japan Airlines at Haneda