Self-boarding at airports has been around for over a decade. It has been used in a number of ways including having the passenger insert the ATB boarding pass into a reader to the current trend of scanning a 2D boarding pass on a mobile device.

SITA and Vienna (VIE) have taken the concept further.

Passengers flying with any airline from Vienna International Airport will enjoy faster and more efficient boarding as the world’s first common-use self-boarding gates go into operation there. The gates, provided by SITA, are being installed throughout Vienna’s terminals, including the new terminal Skylink, which will open mid-2012.

Already acceptance among passengers and handling agents is high. In total, 92 double-lane gates will be available to board the close to 20 million passengers that use the airport annually and they will be capable of handling the expected future growth in passenger numbers.

According to the latest statistics reported in the 2011 SITA/Air Transport World Passenger Self-Service Survey, 30% of passengers have used automated boarding gates and 70% are interested in this service.

Installation of the self-boarding solution has already begun and all 92 gates will be in operation by the time the new Skylink terminal opens next year. SITA is managing the entire project for Vienna International Airport including the procurement and installation of KABA automatic gates, integration with the existing SITA CUTE platform, extensive training handling personnel and ongoing operations and maintenance. 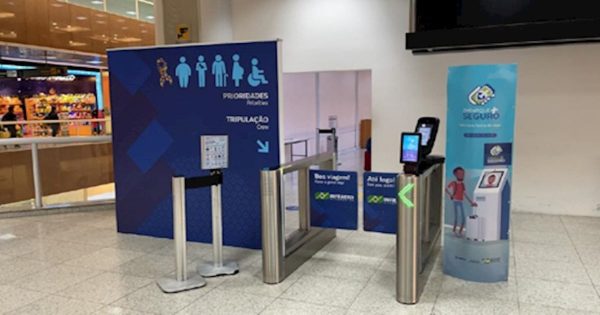