Smart watches, smart glasses and other wearable computing devices will be part of the airport of the future, according to the latest findings from SITA Lab.

The technology research team of the air transport industry’s IT provider SITA has conducted the earliest trials into the use of wearable computing at airlines and airports and issued its findings in a paper released today.

Technology observers are touting wearable computing as the next big thing that could re-define how we use and interact with information.  The biggest buzz is around smart watches and smart glasses, helped by launches from high profile consumer giants, Sony, Samsung, and Google. It is estimated that more than 1.2 million smart watches will be shipped in 2013.

A less-developed wearable market until very recently has been smart headgear. However, Google grabbed the headlines in early 2013 with the launch of a head-mounted display device called Google Glass to a select group of users.

SITA Lab was one of a few selected developers to receive both the Google Glass and Vuzix M100 devices before their public launch, in order to evaluate them. It carried out tests for a variety of uses in airline and airport settings.

“Wearable devices like Google Glass offer new opportunities to mobilize staff, keeping their hands free, while keeping them connected to the traditional check-in and reservation systems.  Interaction can be via video analysis of what a staff member is looking at, like a boarding pass or bag tag, or voice recognition, or a combination of both.”

“It is no major surprise that our research into this developing technology shows that there are issues to address. This is inevitable with any new technology. SITA Lab saw some of the same challenges when testing the first smartphones several years ago.”

As part of its testing, SITA Lab developed an application called SWIFT Boarding using the smart headgear’s built-in camera as a scanner and the heads-up display. The aim was to allow agents in the boarding area to securely scan and verify both a boarding pass and passport simultaneously wearing smart glasses. Both documents are held side by side while the app matches the two to ensure they belong to the same person.

As a proof of concept the SWIFT application was a success. Travel documents and loyalty cards can be scanned by smart glasses. However, the devices are not fast enough yet to be able to meet the high speed passenger processing requirements needed at airports. Matching the documents takes longer than the industry’s one second benchmark making it unviable as an alternative to existing systems, until more powerful smart glasses are developed.

“Specifically, our research at SITA has shown that for any type of use in the air transport industry the technology needs to be more robust to avoid breakages and the cost will have to come down. The camera quality will also need to be enhanced. Currently it requires near perfect light conditions within the airport for scanning documents to be successful. Other areas to be addressed include bandwidth for widespread use, battery life and of course the cultural and social issues both for passengers and employees.”

Many of these same issues were identified by SITA Lab in the early days of the smartphone and the expectation is that they will disappear as new devices are released over the next 12-18 months. When that happens the potential that wearable computing promises may lead to new and innovative uses by the air transport industry. Early experimentation such as this research by SITA Lab is a key process to discover what new technologies can offer to the industry. 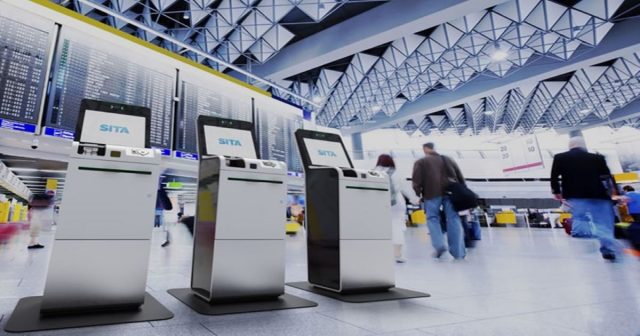