Recently-installed automated passport kiosks (APC) at JFK have significantly reduced wait times for arriving international passengers, according to a new survey from the Global Gateway Alliance.

The cuts in wait time are so significant that the Global Gateway Alliance is calling for the automated kiosks to be installed at all international terminals at New York area airports.

40 the kiosks were installed at JFK Terminal 4 in October 2013 and have helped cut average wait times by more than half – from more than 36 minutes to just 17. This result came even though the total number of international passengers arriving through the terminal jumped by more than 300,000 over the same period last year. Just last year, Terminal 4 had the worst wait times of the surveyed airports, with average maximum lines of 2 hours and extremes of 3 to 5 hours.

The tables below show the average airport customs wait times at the five busiest U.S. airports for international passenger traffic before and after October 2013. They clearly show the significant drops at JFK after the 40 passport kiosks were installed. 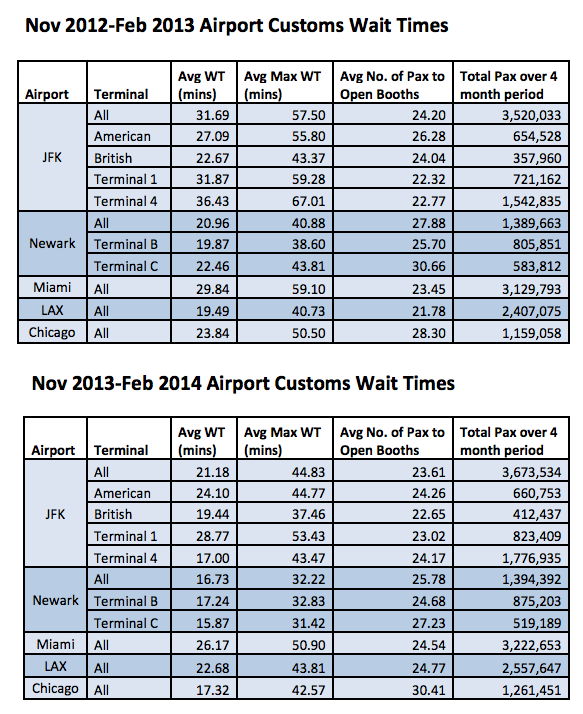 JFK’s Terminal 4 also witnessed a major reduction in wait times when the greatest number of flights were arriving. In fact, wait times when eight or more flights were arriving at the same time dropped by an estimated 29 minutes compared with last year, and maximum averages were cut by 60 minutes. Global Gateway Alliance’s analyses demonstrate that additional staffing during these influxes of heavy passenger traffic helped alleviate wait times. 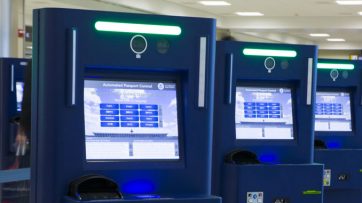 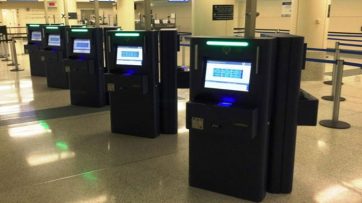 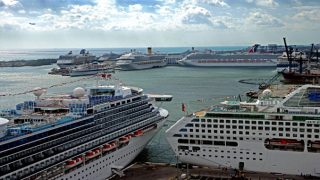