Heathrow noise complaints have increased five-fold over the past year. 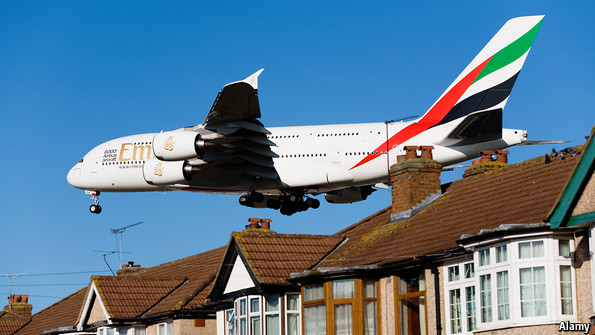 The staggering rise in complaints has been disclosed to Richmond Park and North Kingston MP Zac Goldsmith.

Some 94,114 individual noise complaints were received last year compared with 18,826 in 2013, according to figures obtained by Tory MP Zac Goldsmith who called the rise “staggering”.

Of these, 86,000 complaints were made during a five-month period when new flight paths were being tested.

“The recent flight path trials offer a tiny hint of what’s to come if Heathrow is expanded. The trials affected a small part of west London, whereas a third runway would bring hundreds of thousands of new people into the airport’s noise footprint. At this stage they know nothing about it.”

“This astonishing figure not only demonstrates how badly affected people are by aircraft noise, it shows how important it is that Heathrow releases details of the flight paths they intend to use if expansion goes ahead.

“The impact of noise today is hard to exaggerate, but with a third runway it would reach a different dimension. A green light for expansion would trigger an almighty backlash from the many hundreds of thousands of residents under the flight path.”

The official commission chaired by Sir Howard Davies to recommend a location for at least one extra runway in the South-East is in its final months. Heathrow and Gatwick have both been shortlisted for a final decision soon after the general election.

Mr Goldsmith, who chairs an all-party group on Heathrow, called for details to be published of probable flight paths if expansion goes ahead.

The release of the figures follows a report, Noise from Heathrow Airport, by the All Party Parliamentary Group (APPG) on Heathrow and the wider economy, which states the Government, parliament and aviation industry have “seriously underestimated” the impact of noise from the airport’s flight paths.

It has recently been revealed that Heathrow are not using correct noise figures, massively underestimated the cost of a third runway, ‘hid’ the cost to the public of a new runway and had to abandon flight path trials due to overwhelming complaints.

Heathrow’s chief executive has made a number of spectacular mistakes, including:

“Noise from Heathrow Airport – An Inquiry by the All Party Parliamentary Group on Heathrow and the Wider Economy”. 18th December 2014