Spencer the robot is about to start a trial at Schiphol in Amsterdam.

Its mission is to help passengers find their way around the airport.

Over the course of one week, starting on 30 November 2015, the robot will be tested in the hustle and bustle of the major international airport Schiphol.

After the test run, adjustments will be made in preparation for the real test in March when representatives of the European Commission, along with other prominent guests, will be attending the official premiere run.

The project is funded by the European Commission and is a collaboration between researchers and businesses in five different countries.

All the theoretical components of the robot’s ability will be fused into one system in the upcoming integration week.

Researchers from Örebro University have equipped the robot with a prerequisite for navigation – maps. The robot then surveys its surroundings by measuring the distance to various obstructions using laser beams.

One of the more basic maps is one that involves fixed obstructions, such as walls.

In addition to the Örebro University researchers’ contribution, another aspect of the project is the robot’s ability to understand human behaviour and act accordingly.

Things like navigating around a group of people rather than squeezing through, or looking around to see if the group it is guiding is keeping up.

The robot project is run by researchers, but the initiative came from the Dutch airline KLM as a result of unwanted costs incurred when novice passengers missed their flights simply because they got lost.

Perhaps better signage and more people would solve the problem.

A range of other hands-on applications at airports are envisaged, for example looking after passengers who have missed their flights and have a lot of time to kill before their next flight, in which case a robot can be updated with correct information more easily than a human. In addition, it is able to communicate in several languages.

If that is the range of current thinking then humans and kiosks don’t have a lot to worry about.

In December 2014, a robot travelled as an airline passenger for the first time.

The robot, called Athena, was created by German roboticists and was the first robot to have paid for a seat on a passenger plane.

Athena was checked onto a flight from Los Angeles International Airport and pushed in a wheelchair, dressed in a shirt and sneakers, onto Lufthansa flight number 9801.

Athena was pushed through the Tom Bradley International Terminal in a wheelchair, dressed in a T-shirt and red shoes. 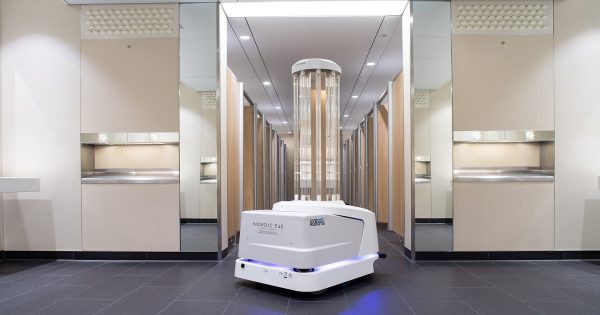 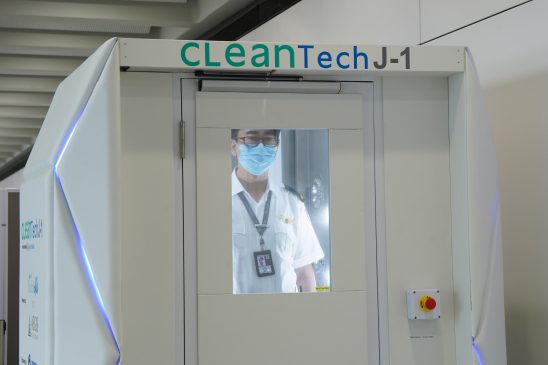