British Airways has confirmed that some people actually use the Apple watch and is making it easier and faster for them to use.

The big problem with the watch is that it doesn’t fit into current boarding pass scanners.

So BA is adding about 136 new scanners are being installed at the Heathrow’s terminal 3 and 5 and they will be ready for use on 15 December.

Passengers at the airport will be able to scan their boarding pass and print their own bag tags by sliding their wrists under the scanners.

The scanners can also be used by the five million customers who the app in their mobile phones.

BA says that it saw a 386% increase in the use of its Apple watch app between June and October. But gives no actual figures.

I always watch what happens at boarding and in my experience of BA flights almost everyone uses a paper boarding pass. Most are home printed, followed by kiosk printed. I see only one or two mobile boarding passes per flight. Never a watch.

But BA says that Apple watches account for more than five per cent of app usage.

The BA Apple app gives passengers access to real-time flight status, gate information, a countdown to the departure time and the weather at their destination.

“We are always striving to make our customers’ journeys easier through use of technology.  When we saw the dramatic rise in the number of people using the app on their Apple watches we knew we needed to create new features in the terminal which would make the experience even better for them.”

Early next year British Airways will also launch a new version of the app for iPads. 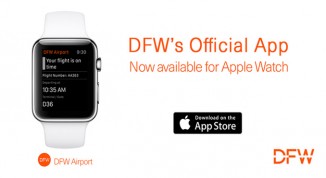