Gulf Air, the national carrier of the Kingdom of Bahrain, operated the very first commercial flight from the new Bahrain International Airport terminal on 28 January 2021.

The first flight was GF2130 to Delhi , operated with one of the Gulf Air new Airbus A320neo aircraft.

The first incoming flight to the new terminal was also a Gulf Air flight. GF765 from Lahore was with a Boeing 787-9 Dreamliner.

Gulf Air also operated the last flight from the old terminal.  GF504 to Dubai was with an Airbus A320neo.

Bahrain sees the new terminal as an opportunity for Bahrain to be a hub like other very successful airports in the region, in particular Dubai

At 210,000 sqm, the new terminal increases Bahrain International Airport’s (BIA) capacity to 14 million passengers and 130,000 air traffic movements per year with a handling capacity of 4,700 bags per peak hour.

The new terminal features a dedicated check-in area for both Falcon Gold and economy class passengers of Gulf Air as well as a brand new Falcon Gold lounge that is double in size and capacity compared to the previous one in the old airport.

A panoramic view of aircraft taking off and landing provides a diverting backdrop to the sleek minimalist Arabian style incorporated throughout the lounge. Elevated seating areas offer comfort and privacy to guests, while plasma screens hanging from the ceiling provide news and entertainment. 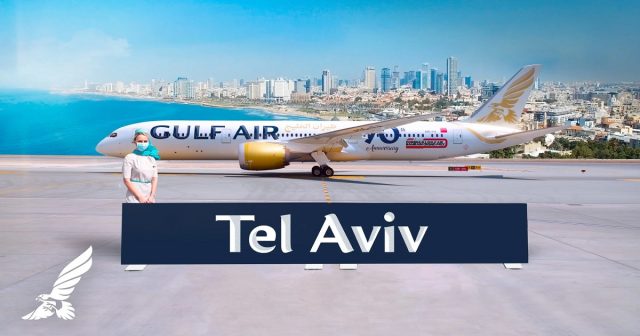 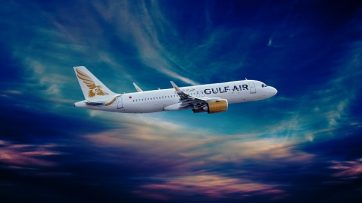 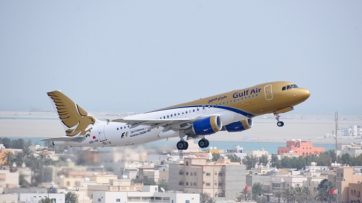