Automated Border Control eGates are to be officially launched at Taiwan’s three main airports on January 01, 2012, helping to speed up passenger clearance at immigration control to roughly 12 seconds per individual.

Some 130,000 people already registered during the system’s trial run, and the number of registrants is expected to top 1 million by the end of next year.

According to National Immigration Agency officials, those interested in using the system can register at automated counters at the airports with a valid passport or some other recognized form of identification, such as a National Health Insurance card. The process, which includes having one’s fingerprints scanned and photograph taken, as well as signing one’s name, takes less than three minutes, they said.

Using the e-gates involves two simple steps: the scanning of the passenger’s passport followed by verification of biometric data, the officials explained.

The e-gates will operate in conjunction with the NIA’s Advance Passenger Information System, launched on a trial basis in September, through which immigration officers can screen passenger information ahead of time.

With this system, the agency receives information from participating airlines after passengers check in, allowing it to check its databanks and identify wanted criminal suspects trying to leave the country. A number of suspected criminals have been intercepted and arrested since the system’s inauguration, agency officials said.

To enhance security the NIA has already invested NT$1.5 billion (US$50.62 million) in installing the latest integrated information systems for border control.

According to sources, officials from the U.S. Federal Bureau of Investigation’s Counterterrorism Division have visited Taiwan to inspect the systems and have expressed their satisfaction. This could mark an important step forward in the country’s efforts to be included in the U.S. Visa Waiver Program. 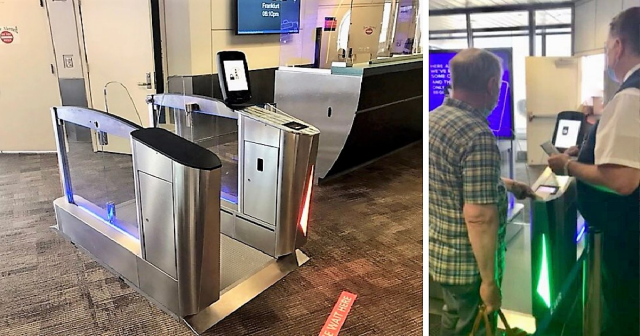