Nearly one million passengers have been processed by the automated border control eGates at Amsterdam Schiphol since their introduction in March 2012. The big figure should be reached in December.

The 36 eGates at Schiphol are claimed to process passengers through the border in eight seconds, on average (from placing a passport on the scanner until the exit doors open). The fastest processing time recorded was under four seconds.

To use the eGates, passengers must hold a biometric passport, which contains a contactless chip, that has been issued by a member state of the European Union or the European Economic Region, (Norway, Iceland, Liechtenstein or Switzerland). Rather than having their passports manually checked, travelers enter an eGate and place their passport on an automated device that reads and authenticates it. Once the identity of a passenger has been validated with a biometric face match and a background check has been done by the Dutch government, he or she can proceed to flight departure areas.

The physical eGates were supplied and installed by Vision-Box, a Portuguese company that specializes in Automated Border Control systems. The software was developed in a collaboration between Accenture and Vision-Box. Accenture designed the process for travelers at the gates and created the interface that communicates with border agencies so they can monitor passengers and cross-check them against their watch lists. Accenture is responsible for overall project management and ongoing monitoring and training.

Read the press release from Accenture. 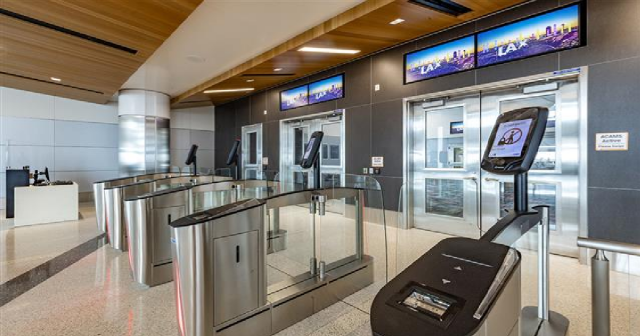