ABC uses self-service kiosk technology to partially automate the processing of Canadian citizens (with a valid Canadian passport) and permanent residents of Canada (with a valid permanent resident card) returning to the country. The kiosk program does not require preregistration by travelers or payment of any membership fees, the announcement said.

The kiosk program will initially roll out in one terminal, with others to follow, according to Vice-President of Guest and Terminal Services for the Greater Toronto Airports Authority Pamela Griffith-Jones.

“We worked very closely with the CBSA to bring this technology to Toronto to give Canadians and permanent residents a self-serve option for expediting the customs process that we know will contribute to an overall positive experience at Toronto Pearson,” she said.

“Our government is committed to making our borders more secure and efficient. ABC technology is a secure and innovative service which demonstrates our government’s approach to smarter border management and making travel easier for Canadians,” said Minister of State Bal Gosal. “Thanks to the close partnership between the GTAA and the Canada Border Services Agency, Canadian citizens and permanent residents now have a convenient new option to clear the border at Toronto Pearson.”

To use the kiosk, the traveler activates the kiosk touchscreen, scans their travel document, inserts their completed CBSA Declaration Card and answers several required questions. Once finished, the traveler presents their printed kiosk receipt and travel document to a border services officer at the next checkpoint for a verification of their identity and validation of their travel documents. The ABC kiosk allows up to four travelers residing at the same address to be processed in a single transaction if they are all identified on the same CBSA Declaration Card.

Smart border management includes border services that leverage technology to assist in reducing wait times and congestion at Canada’s busiest airports. By the end of March 2013, travellers arriving at Terminal 1 should also be able to choose an ABC kiosk to streamline a portion of their border clearance process.

The launch of ABC at Toronto Pearson is an important step in the continued expansion of this secure and innovative service. While this innovative technology is new to Toronto Pearson International Airport, it has already proven to be enormously successful in Vancouver and Montréal. 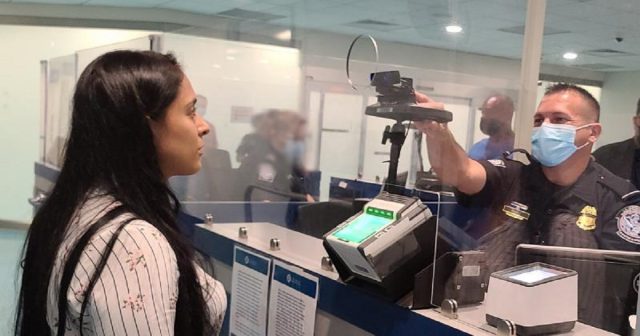