Zetes announced that it has been awarded a contract to create biometric passports and deliver an automated identity control eGate at the airport border for The Gambia.

It is estimated that forty thousand passports will be produced each year under the subcontracting contract, shared with Africard.

The first passports are expected to be delivered in December 2013.

Senegal, which surrounds The Gambia, also awarded its biometric visa contract to Zetes.

The BOT (Build, Operate and Transfer) project covers the biometric enrolment and document personalisation. It also includes the delivery and installation of ten permanent enrolment posts, to be placed a various locations including embassy buildings. Zetes will also deliver an automated identity control post (e-gate) at the airport border, marking a first for the company.

As part of the project implementation, Zetes employees are based in Banjul, the capital of Gambia, to complete AFIS duplicate removal services, centralise data, create a passport register and personalise secure documents. To this end, Zetes has set up a secure site, which benefit from the Group’s experience in the implementation of personalisation sites in other countries, e.g. in Belgium and Ivory Coast..

Enrolment posts and e-gate – designed and developed by Zetes
In addition to its know-how in software solutions and professional services, Zetes has also manufactured specific hardware components. Six permanent enrolment posts for the biometric enrolment of applicants and capture of electronic signatures have been installed in Banjul. Additional units have been implemented at The Gambian Embassies in Brussels, London, Madrid and Washington DC.

This contract also includes the delivery and implementation of a border control gate (e-gate). This performs identity checks automatically, comparing biometric information captured on the spot with those encoded into the passport’s RFID chip.

The Gambia is a country in West Africa. It is surrounded by Senegal, apart from a short strip of Atlantic coastline at its western end. It is the smallest country on mainland Africa.

Read the press release from Zetes. 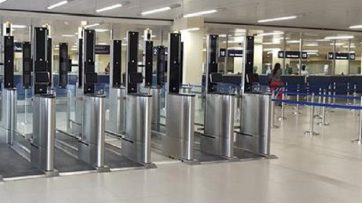 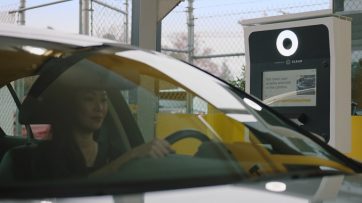 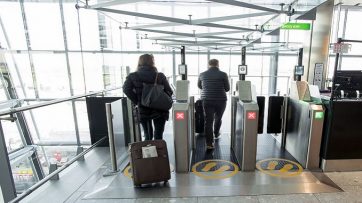