For the first time in nearly a decade, China’s aviation regulator has relaxed airfare restrictions by allowing airlines to set prices as low as they want on 31 domestic routes. 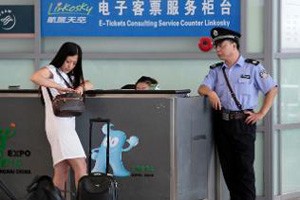 Air China and its domestic rivals are allowed to set ticket prices as high as they want on 101 routes which are also served by high-speed railways and other ground transportation.

The CAAC also said it had allowed airlines to set their domestic air cargo rates, which had been previously controlled by the government.

Previously, first- and business-class fares were fixed at 1.5 times and 1.3 times the full fare of an economy class ticket. Now the ticket prices can fluctuate according to the market, and airlines can offer discount tickets as well.

Airlines should file their pricing adjustment plans to the CAA and NDRC 30 days before they publicly announce price changes, according to the new regulation.

China Eastern Airlines, one of China’s leading air carriers, has already introduced discounted first-class tickets for flights from Beijing to Wuhan departing June 10. A first-class ticket has been reduced from 1,620 yuan (about US$238) to 1,080 yuan. Passengers must book their tickets at least three days in advance to get the discount.

Also, first-class tickets on Sichuan Airlines’ flights departing June 4 from Beijing to Chengdu have been reduced from 2,160 yuan to 1,440 yuan apiece, the same as a full economy class ticket fare.

The airfare policy change would enable airlines to hike their fares freely at any time, including peak travel seasons such as the upcoming Lunar New Year holidays in February.

From 2004, they were allowed to charge up to 25 percent more or 45 percent less than prices set by the regulator.