The self-service bag drops are located near the check-in counters No. 17 and 18 of the local carrier Juneyao Airlines.

To use the new self-service bag drops, passengers scan their identity card and then put their baggage into the machine.

The bag tag is printed and the passenger attaches the tag to the bag.

The service is not yet available for passport holders.

The airport authority says the baggage will be screened in the same way as those at check-in desks.

Other airlines will be served by similar machines in future, the authority said. 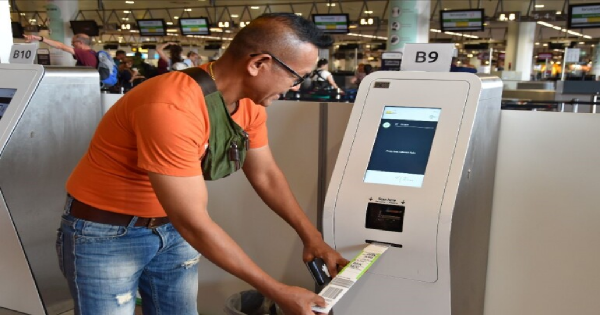