PHX is the 22nd airport to offer Mobile Passport Control (MPC) to speed up the United States arrival process.

The Mobile Passport app has been downloaded 1 million times over the last two years.

Mobile Passport is the first authorized app to speed up a passengers ’s arrival into the United States. Eligible passengers can submit their passport information and answers to inspection-related questions to CBP via a smartphone or tablet app before arrival.

MPC currently offers U.S. citizens and Canadian visitors a more efficient in-person inspection between the CBP officer and the traveler upon arrival in the United States.  Much like Automated Passport Control (APC) the app does not require pre-approval and is free to use.

Passengers who successfully use the app will no longer have to complete a paper form or use an APC kiosk and should have shorter wait times, less congestion and faster processing.

• Create a profile with their passport information

• Complete the ‘New Trip’ section upon arrival in the US

• Submit their customs declaration form through the app to receive an electronic receipt with an Encrypted Quick Response (QR) code. This receipt will expire four hours after being issued

The MPC pilot launched in August 2014 for eligible passengers arriving at Hartsfield-Jackson Atlanta, and has since expanded to 22 airports and 1 cruise port.

MPC is now available at:

It is also available at Port Everglades Cruise Port and is coming soon to San Diego International (SAN).

Android and iPhone users can download the Mobile Passport app for free from the Google Play Store and Apple App Store.

The app was developed by Airports Council International-North America (ACI-NA) and Airside Mobile in partnership with CBP. 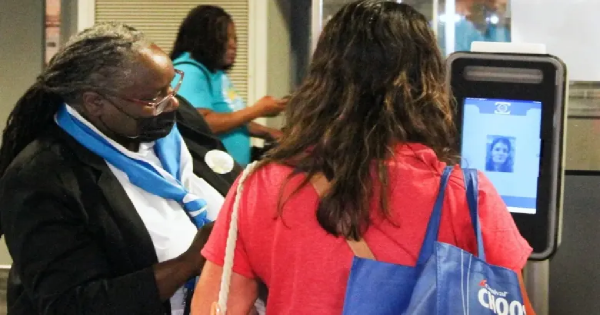