American Airlines has donated $1 million to Stand Up To Cancer, the initiative created to accelerate innovative cancer research.

Airlines often get bad press for many reasons. So it really good to report that an airline is working to help eradicate one of the worst of all illnesses – cancer.

At the start of June, American launched a flight promotion whereby American would donate $1 to Stand Up To Cancer for every flight purchased on AA.com during the month of June, up to $1 million.

American reached the magic million figure in just over a week.

Stand Up To Cancer brings together the best and the brightest researchers and mandates collaboration among the cancer community.

“Our collaboration with Stand Up is breaking new ground. We were thrilled to engage our team members who have been touched by cancer in the campaign and it clearly resonated with our generous customers. In a world where it sometimes feels as though our differences are highlighted, we share a common goal in the fight against cancer and this $1 million will help bring innovative treatments to patients and fund groundbreaking research.”

“I can’t say thank you enough to the American Airlines customers who made this $1 million donation a reality. When it comes to cancer research every dollar matters; and this donation is going to make a meaningful difference in bringing treatment options to cancer patients like me.”

American collaborates with Stand Up To Cancer to advance their mission to raise funds to accelerate the pace of groundbreaking research.

American’s AAdvantage members can still donate to the cause through two other programs: Miles To Stand Up or Miles of Hope.

Stand Up To Cancer

American Airlines to alert passengers if bags are delayed 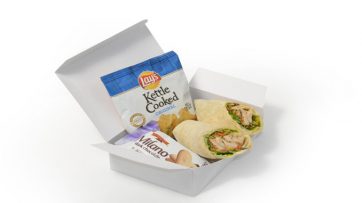