American Airlines is to serve free food in the Main Cabin (economy) on flights between New York and Los Angeles or San Francisco.

Depending on the time of day, passengers will be offered a continental breakfast or a boxed meal with a sandwich wrap, kettle chips and dessert. The menu also includes a vegetarian option and a fruit and cheese plate. The new meal service begins May 1 .

The decision at the world’s biggest airline copies Delta Air Lines, which announced a month ago that it would restore free meals in economy on a dozen long-haul U.S. routes this spring.

Airlines dropped free sandwiches and other meals in economy on domestic flights almost a decade ago and they have been slow to bring back food despite record profits.

The flight times between JFK and LAX or SFO are between five and a half and six and a half hours.

That’s longer than any flight from Heathrow to anywhere in Europe.

“Some of our best customers fly our trans-continental routes and we want to give them a top-notch onboard experience. Providing complimentary meals in the Main Cabin is yet another step we’re taking to enhance our service in this competitive market.”

Just when their American are starting to feed passengers again, British Airways, AA’s partner in the oneworld alliance has started charging for food and seats and bags and everything they can get away with. 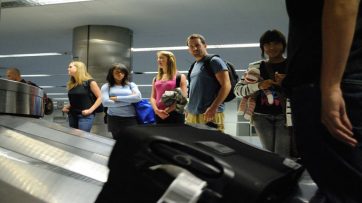 American Airlines to alert passengers if bags are delayed 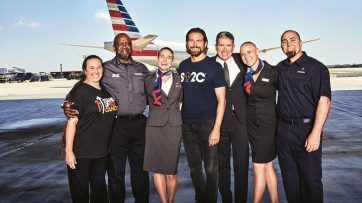 American Airlines donates $1 Million to Stand Up To Cancer