Air Mauritius has taken delivery of its first Airbus A350-900 aircraft.

The Mauritian airline is operating the aircraft in a two class layout with a total of 326 seats – 28 in Business Class and 298 in Economy Class.

The A350-900 equipped with Air Mauritius’ latest cabin products including new seats, an all-new inflight entertainment system and inflight connectivity will offer passengers unparalleled levels of comfort and convenience.

This A350-900 is the first of six to be delivered to Air Mauritius. Four will be purchased directly from Airbus and two leased from AerCap. The carrier will deploy the aircraft on its expanding route network connecting Mauritius with Asia, Africa and Europe.

The A350 XWB features the latest aerodynamic design, carbon fibre fuselage and wings, plus new fuel-efficient Rolls-Royce engines. Together, these latest-generation technologies mean new levels of operational efficiency, with a 25 per cent reduction in fuel burn and CO2 emissions, in addition to significantly lower maintenance costs.

To date, Airbus has booked a total of 858 firm orders for the A350 XWB from 45 customers worldwide, making it one of the most successful widebody aircraft ever.

Routes: Air Mauritius operates to more than 20 destinations in 4 continents.

As well as a small number of regional routes, it operates a large number of routes to Asia, including Beijing, Shanghai, Hong Kong, Kuala Lumpur, Singapore and 4 cities in India (Bangalore, Chennai, Delhi, Mumbai).

Passenger numbers: About 1.5 million per year. 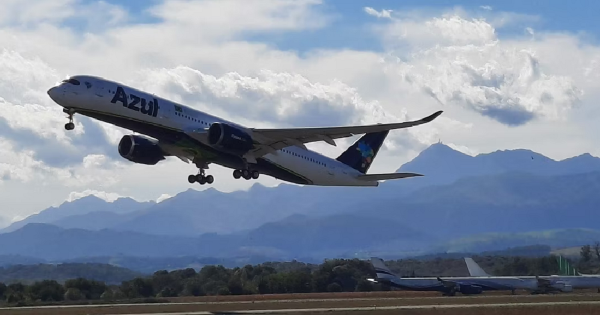 Azul receives its first Airbus A350 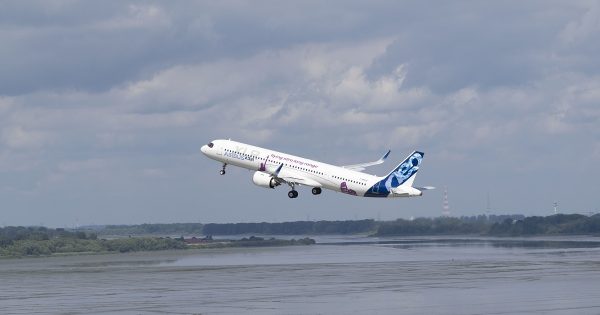