UK airport expansion is in focus again as Gatwick and Heathrow have unveiled revised expansion plans in an attempt to secure permission to build the UK’s next runway.

On the same day, Beijing announced plans to spend around US$14 billion to build a new airport in the outskirts of the city to relieve congestion at its overcrowded airport, the world’s second-busiest.

Set to open in 2018, the new airport will have four runways in its first phase, can handle nearly as many passengers as the existing Beijing airport and has  provision for three additional runways as needed.

Only Gatwick can deliver UK airport expansion that works for all passengers.

Heathrow says: “We undertook a public consultation before refreshing our scheme. Once we were short-listed by the Commission in December, we launched a six week public consultation. This has allowed us to ensure that the public’s views are fully reflected in our refreshed scheme design. We received 13,479 responses and more than a thousand residents attended 13 public exhibitions.”
“Issues that were identified as most important included aircraft noise, periods of relief from noise, aircraft safety, air pollution, jobs, the economy and surface access.” 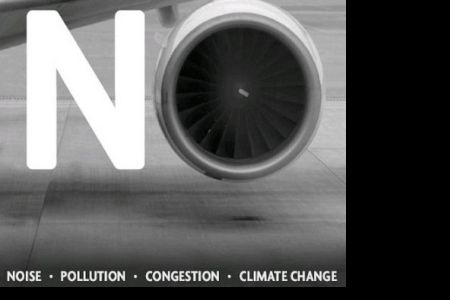 This airfield is about eight miles (12 kilometres) north of Heathrow and has just introduced 5,000 extra flights a year, mainly private business flights.

More noise for West London. Mayor Boris Johnson said: “Aviation brings with it many benefits. Its adverse impacts, however, can be damaging and profound, and must be carefully considered. West London’s airports currently expose hundreds of thousands of people to damaging levels of noise and poor air quality, which is not acceptable.”

Heathrow has admitted their plans are wrong and have moved the site of their proposed new runway. They are moving it because the original plan meant digging up the M25, the major London orbital route, and was obviously daft. But the new site will likely cause more noise for more people in West London.

They got responses from fewer than 10% of the approximately 140,000 people they contacted. And they only contacted about 10% of those affected.

The people of West London have already give a huge no in local referendums.

Assuming another runway is needed, the Gatwick case is strong and deliverable, the case for Heathrow weak, politically toxic and unlikely to be delivered.