The service, located in the North Pier, allows passengers arriving from abroad who are taking a domestic flight with a through ticket to avoid having to collect their baggage from the baggage hall and check it in again.

The service was started in September 2015 for a three year trial. It was halted in October due to expansion work at the airport.

“The plan has always been for the service to be situated in the North Pier, but the pier wasn’t ready for use when the trial was launched. We are really looking forward to reopening it.

“One of the things we are working on is a new automated solution for baggage handling, so that the job of baggage handlers will be less resource-intensive.

“We aim to have this in place in January, which means that we from February onwards will be able to increase the number of flights considerably. Most passengers with a through ticket from an international flight to a domestic flight will be able to use the service.”

At the beginning of the trial period, the service only included a few destinations and flights. This number has steadily risen during the first year of trial operation.

The goal is that most passengers with a through ticket will be able to use the service before the trial period is over. 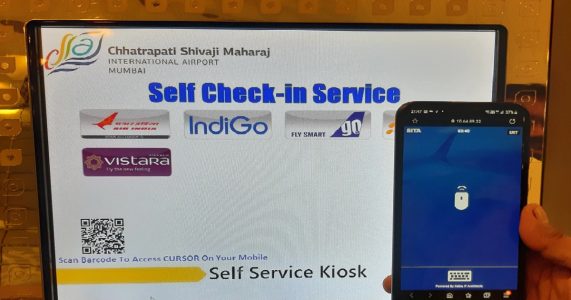