Air India is to reserve six economy class seats in the front of the cabin for women passengers on Indian domestic flights for their safety.

The airline is blocking off the whole third row in economy for women starting on January 18.

There is no extra charge and the decision shows how serious Air India is taking the problem as airlines usually charge a premium for front row seats due to its larger leg space.

Other state-owned types of transport in India, including trains, metros and buses have reserved berths, seats or coaches for women only. Some towns also have pink auto rickshaws for women.

The move comes less than a month after an Indian man appeared in court in New Jersey, United States, for allegedly groping a sleeping woman on an Air India flight from Mumbai to Newark.

The business class passenger changed his seat to sit next to a female passenger in the economy class and allegedly groped her when she fell asleep.

Air India has grown to become a mega international airline with a network of 34 destinations across the USA, Europe, Australia, Far-East and South-East Asia and the Gulf. The airline’s domestic network covers 52 destinations, including far-flung areas of the North-East, Ladakh, Andaman and Nicobar Islands.

Fleet: Air India fleet comprises a mix of the wide-body Boeing B777s, B747s, its latest acquisition- the B787 Dreamliner and the narrow body Airbus A321s, A320s and A319 aircraft. 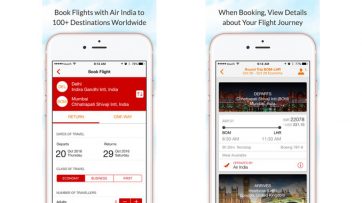