Passengers flying out of Leeds Bradford can now see the estimated time they will spend waiting at the security check.

The airport in central England now has large screens near security that show the estimated times passengers will spend in the queue – split into the Regular Queue and the Fast Track Queue.

The times shown are the estimated time it will take from the end of the queue to exiting the security area.

The sign splits the queue times into Regular i.e. the vast majority and Fast Track.

The estimated time is from the end of the queue to exiting security.

That enables the airport to get accurate data about live occupancy, predicted wait times and lane productivity.

Management can then take informed decisions to make passenger processing as efficient and smooth as possible.

The system can then help the airport dynamically resource staff, plan layout and lane openings, and predict bottlenecks in queues – a problem in almost every large airport globally at the moment.

“With passengers returning to the airport, it was vital that we continue to provide travellers with smooth, safe journeys, as well as clarity and reassurance on their wait times.”

Will it help passengers?

I saw the system in action as a real passenger at Amsterdam in April this year. It could be useful for passengers as it gives them an idea of the time they will spend in the queue.

But on those two days in Amsterdam the actual wait times were at least twice as long as those on the screen.

On each occasion the screens, while trying to be helpful, made matters – and stress – much worse.

The actual Veovo system in use at Leeds Bradford is called Passenger Predictability. Veovo’s website says the system will shrink lines, reduce stress and minimize overheads.

The company website lists its customers and they include major airports like Amsterdam, London Gatwick and New York JFK.

In passenger numbers Leeds Bradford Airport is the 16th busiest airport in the United Kingdom.

Most flights are to southern Europe and the main carriers are Jet2 and Ryanair. 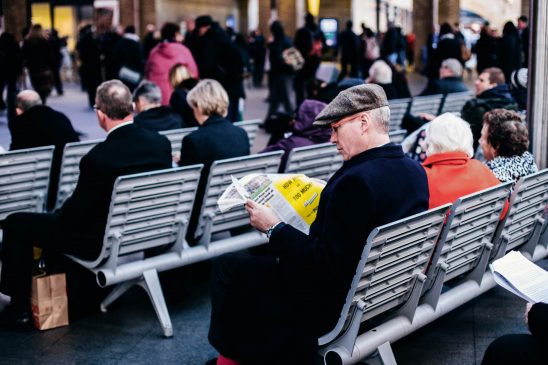 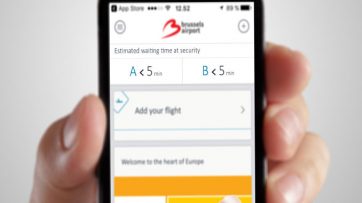 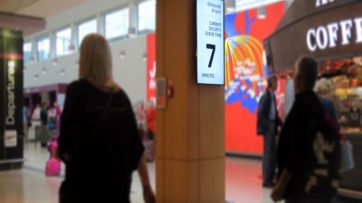